The current work and the Particle Dance paintings from 2017 are playing with the images from particle accelerators, such as the Large Hadron Collider at CERN, in Switzerland. Scientists working in the field of quantum mechanics, the study of quanta, the tiniest bits of light or matter we can find, have made some very disturbing discoveries. Richard Feynman, the physicist, famously said, "If you think you understand quantum physics, you don't understand quantum physics". The concept that sub atomic particles may not exist until we measure them, or that entangled electrons can effect each other over large distances and faster than the speed of light poses profound questions for our world. The discovery of the Higgs Boson, which suggests the existence of a Field that underlies our universe is leading experimenters to an understanding of the creation of matter. Does the world exist when we are not looking at it, or conscious of it? What is consciousness? A tiny world of unanswered questions. 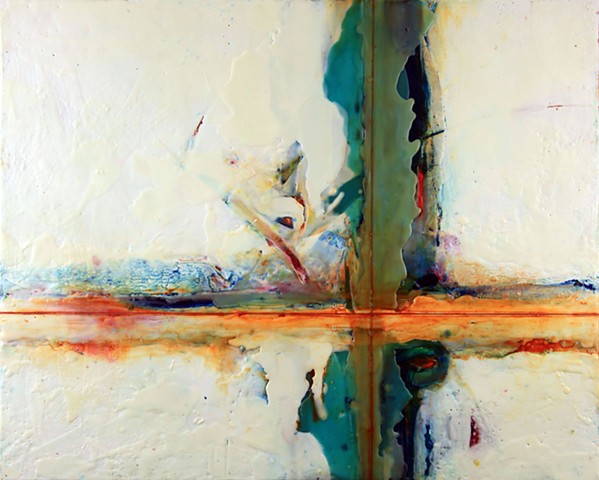 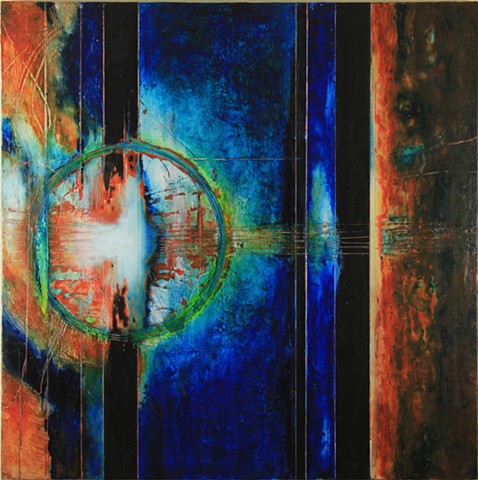 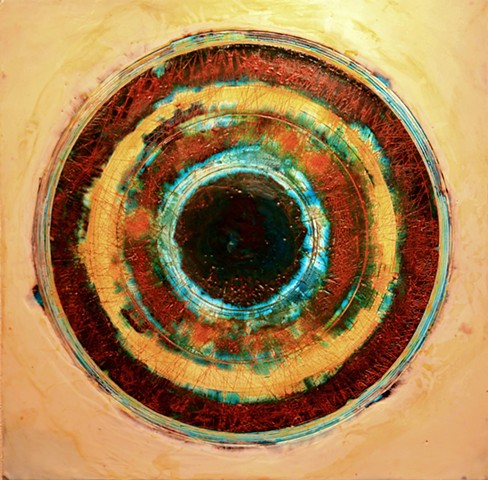 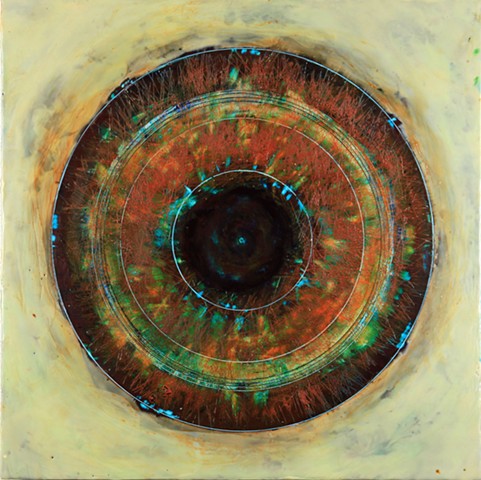 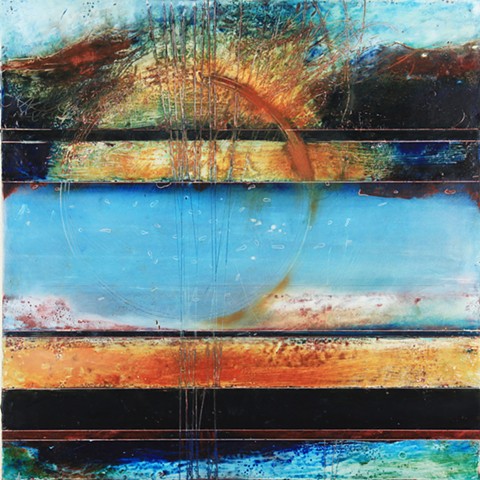 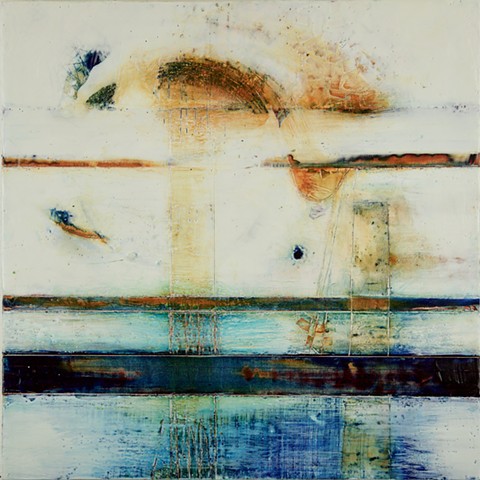 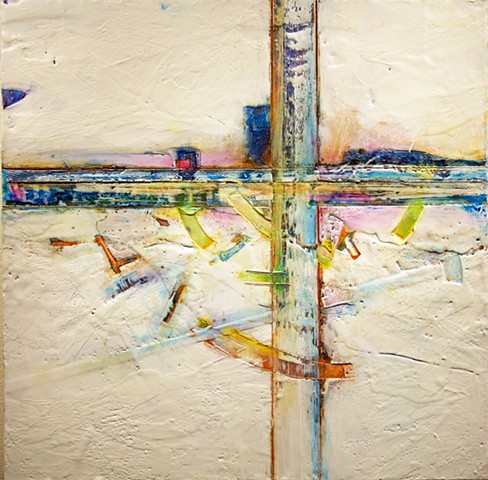 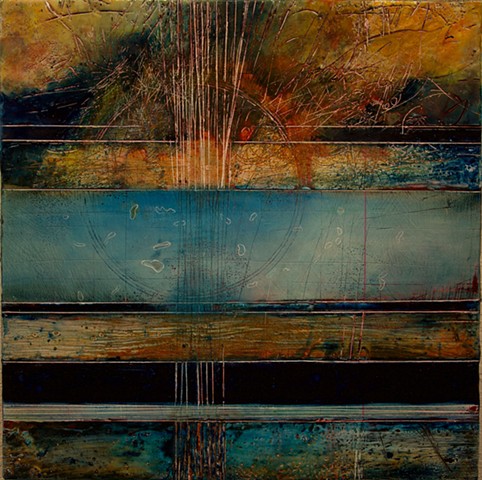 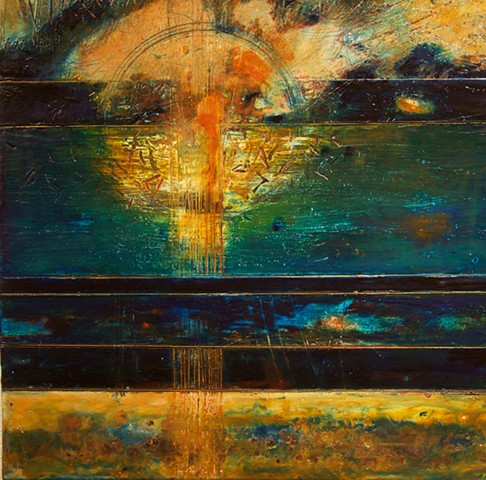 Many Worlds III SOLD
Encaustic on panel
24 X 24 IN 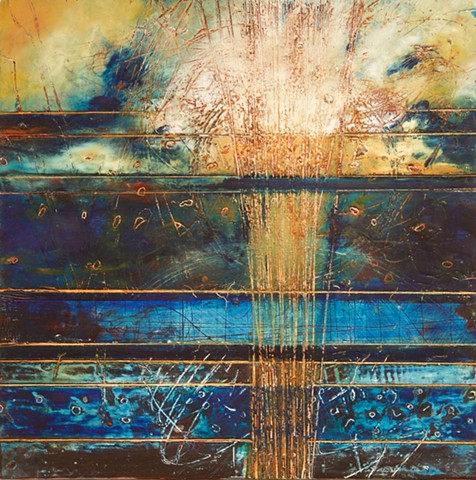 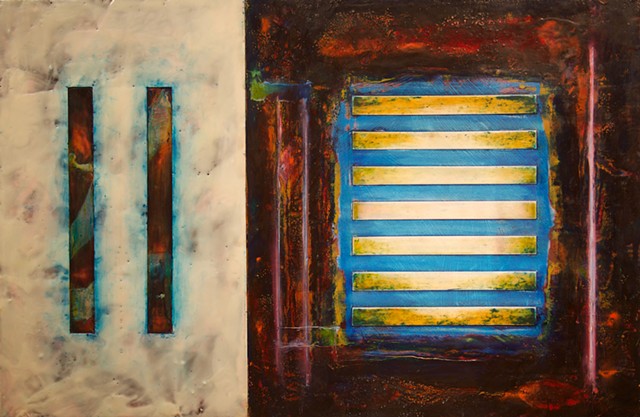 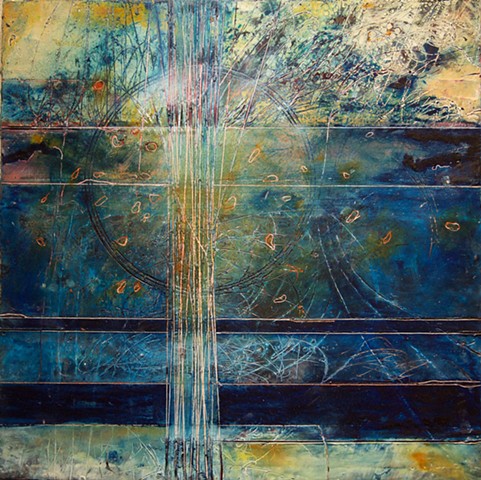 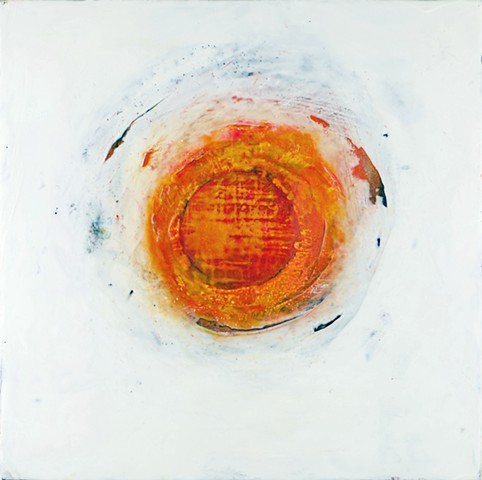 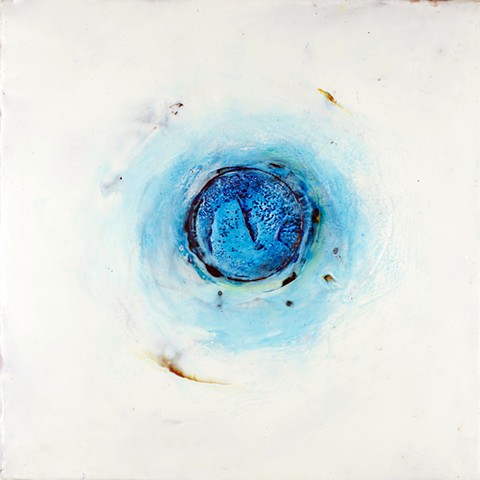 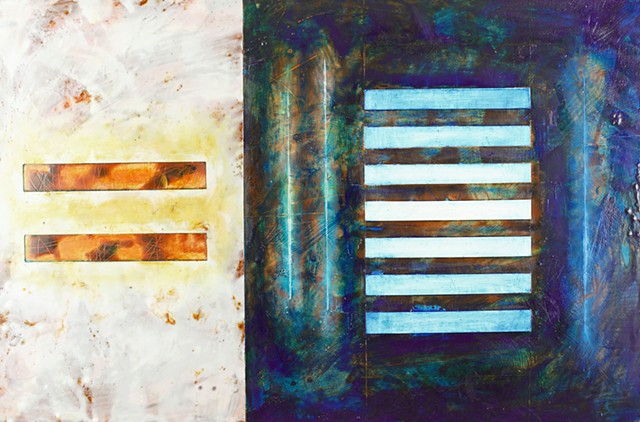 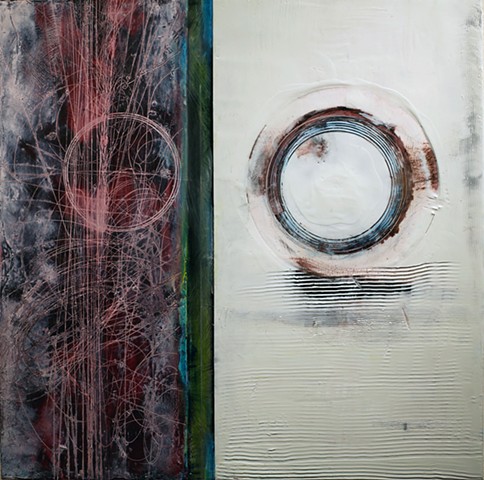 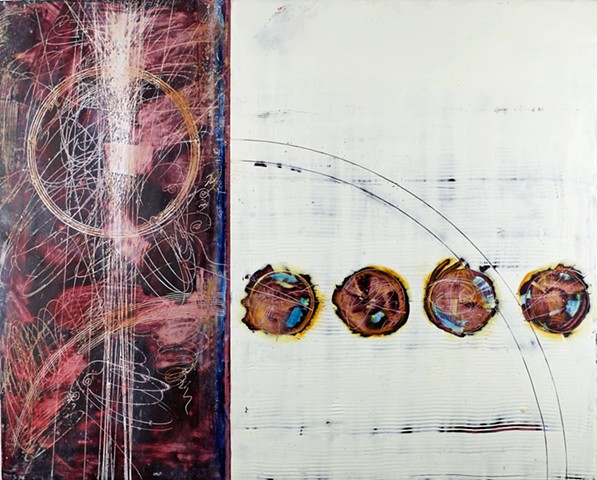 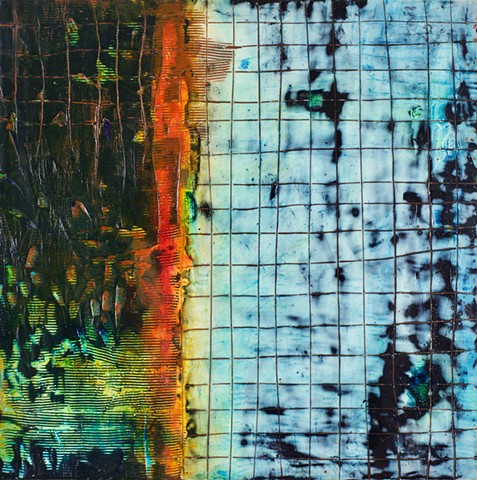 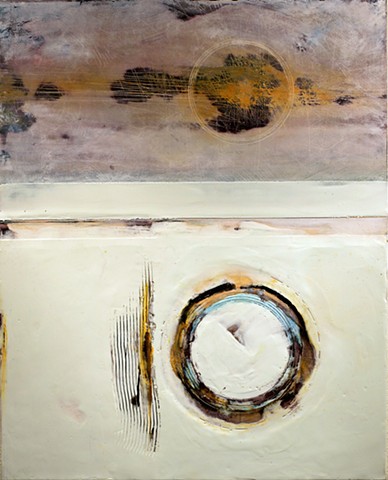 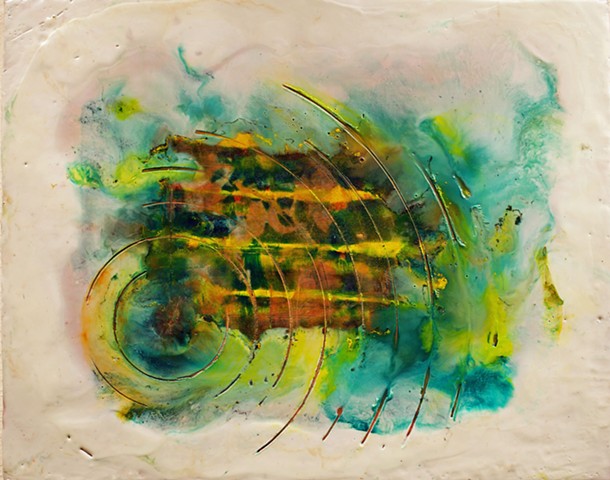 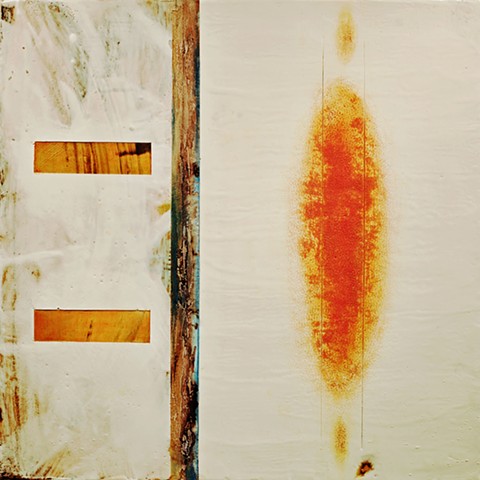 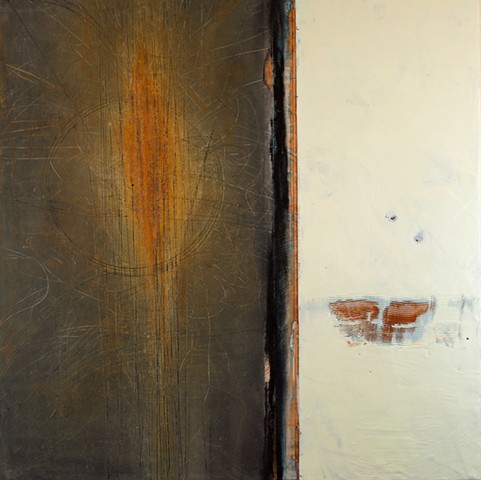 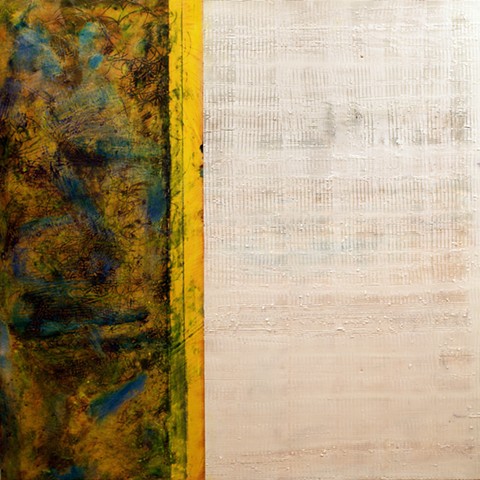 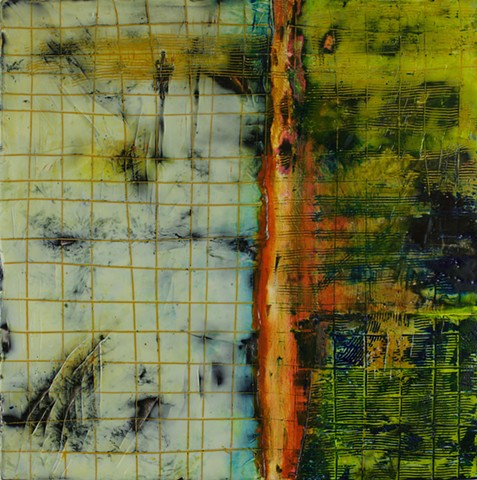 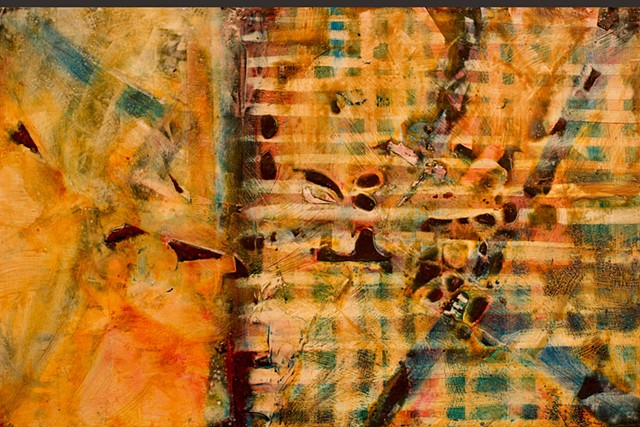 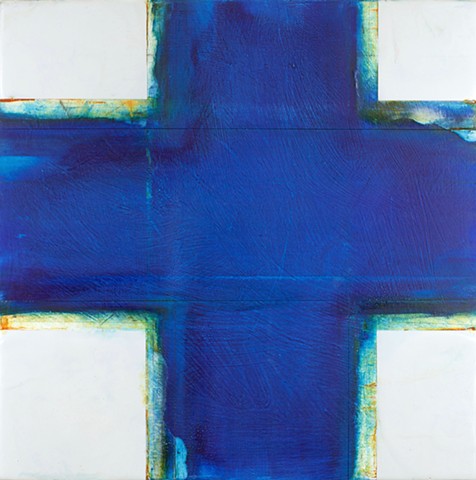 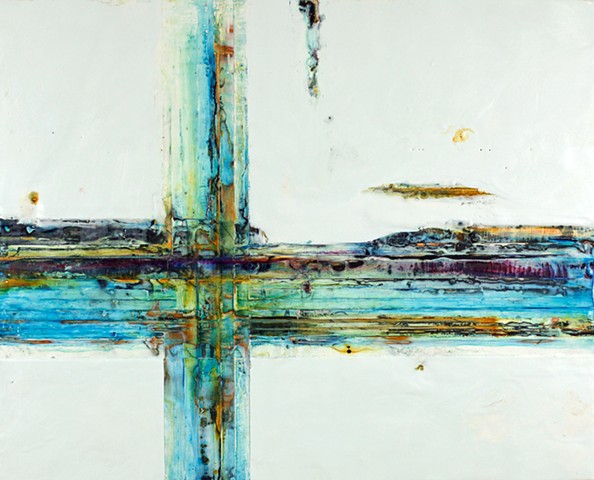 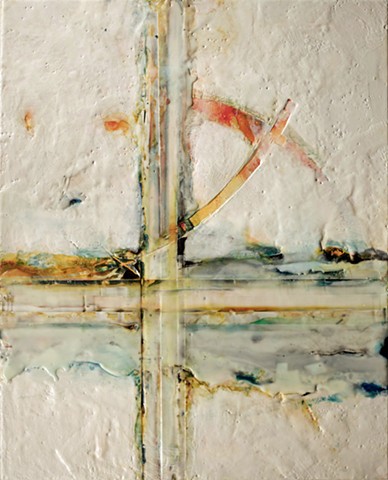 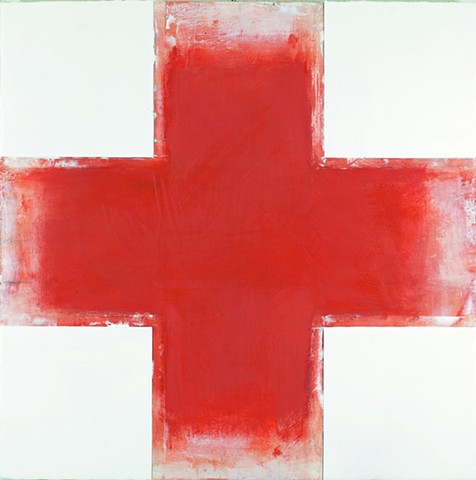